The German Classics of the Nineteen and Twentieth Centuries

Published in 1913, The German Classics of the Nineteen and Twentieth Centuries is the first in a series of twenty volumes, available as free downloads here.

That's right.  Twenty of 'em.  If that sounds like a daunting prospect, bear in mind, these twenty volumes are intended as an introduction to German literature.

Better get cracking now, otherwise you'll never be able to move onto the following 100 years.

"It is surprising how little the English-speaking world knows of German literature of the nineteenth century. Goethe and Schiller found their herald in Carlyle; Fichte's idealistic philosophy helped to mold Emerson's view of life; Amadeus Hoffmann influenced Poe; Uhland and Heine reverberate in Longfellow; Sudermann and Hauptmann appear in the repertory of London and New York theatres--these brief statements include nearly all the names which to the cultivated Englishman and American of to-day stand for German literature.

For it is a grave mistake to assume, as has been assumed only too often, that, after the great epoch of (Part II). Classicism and Romanticism in the early decades of the nineteenth century, Germany produced but little of universal significance, or that, after Goethe and Heine, there were but few Germans worthy to be mentioned side by side with the great writers of other European countries. True, there is no German Tolstoy, no German Ibsen, no German Zola--but then, is there a Russian Nietzsche, or a Norwegian Wagner, or a French Bismarck? Men like these, men of revolutionary genius, men who start new movements and mark new epochs, are necessarily rare and stand isolated in any people and at all times. The three names mentioned indicate that Germany, during the last fifty years, has contributed a goodly share even of such men. Quite apart, however, from such men of overshadowing genius and all-controlling power, can it be truly said that Germany, since Goethe's time, has been lacking in writers of high aim and notable attainment?"

If you're unfamiliar with the musical genre, 8-bit (AKA chiptune), I suggest you begin with this: 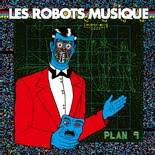 I've managed to write a review of a poetry collection without using any of my own words.

The first three lines in are:

I swallowed
a pregnant
Hummingbird

It's a free e-publication by Nap Magazine at http://issuu.com/napmagazine

Robert's website is http://www.sillyrobchildish.com
Posted by Philistine Press at 09:00 No comments: 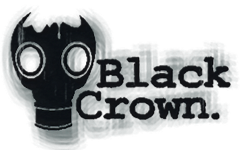 First of all, what is Black Crown, and how does it differ from a conventional work of literature?

Black Crown, or the Black Crown Project, or Loss as it used to be called, is a web narrative. That is the simplest way to describe it. It is a narrative that uses (but is not restricted to) large chunks of text, and disseminates the story in a manner that the web is suited to i.e. in a non-linear manner, and with serious furcation. It also contains audio, a multitude of art, manipulable three-dimensional renders, and is related to several other texts that are distributed across the web. It also has a forum where some rather worrying roleplaying takes place to my great pride, as well as numerous pitons in Facebook, Twitter and Tumblr.

A word for it would be "fungal". It sort of replicates when people are not looking. Its story is one that could not be told in a conventional novel, and so we used, as a basis, Failbetter Games and their Storynexus platform. This is where the core of the thing resides. It has superficial similarities to Choose-Your-Own-Adventure novels, and I would not blame people for thinking of them as they traverse it.

I recently learnt the word "ergodic", where the traversal of something is not trivial, but rather part of the experience. This is a perfect, and clever, word for what we are doing.

How did the project come about?

I did something that was vestigially similar at university, whereby I took a bunch of August Sander portraits and gave them captions which described empty landscapes. These landscapes all described an empty town, and so I decided that I should tell the story of the town, and why it was empty. This led to a suitcase full of strange objects bought in a junkshop in Exeter with some of my university loan, and strung together into a story of a man called the Miasma Eremite, and how his selfishness killed nearly everybody in the town. The Widsith Institute, at this point, was nothing more than a rather boring framework, a shadowy organisation that justified the suitcase's existence. I also threatened, within the text, to infect my tutor with a horrible disease, which may account for the good mark I got.

Then came a few years of unemployment, failed startups and a general sense of mounting doom. Then I had a call from Dan Franklin at Random House, saying that my tutor had contacted him and told him about this suitcase and his bullying student, and that he wanted to meet.

The rest isn't history yet, but there's now a nice, long tail leading back to that moment.

Would you say that the interactive elements of Black Crown would appeal to people who wouldn't ordinarily read books?

That's quite a subtle question. If you do not enjoy reading full-stop, you will hate this. The non-linear nature of it only makes the text that more difficult. We are not looking to capture a gaming audience (which is what I think you are referring to) for the sake of it. Literacy is pretty inescapable here. However, for people who specifically do not like reading *books*, because of their length and lack of mechanical variation, there are elements here which would certainly be interesting. And the way the text sits with those mechanics, the mechanics of traversing the web and digging things out of their armour, is fundamentally important to the experience.

Would it be fair to say that interactive fiction getting bigger and better?

I have to say that I am not an IF aficionado. I like it, and have a few favourites (the cliched ones) but this is simply the best way to tell the story. As far as I can tell, the Internet is made for IF, and very little has changed to make it easier for IF to be made, apart from the wellspring of communities. Text will always be low in technological requirements.

Black Crown does represent two new developments; more money being spent on IF and more exposure. Random House wants to open this type of experience up to lots of different people, and we did not do a lot of work to get everything working on every possible device for nothing. And the richness that the other art brings only serves to enhance the text. The polish that we have been able to achieve is not typically available to most IF producers. I consider myself very lucky to present my work in the best light possible.

How much influence do you take from video games (if any)?

I have always played games as much as I have read, and the influence is probably incalculable. There are numerous traditional tropes that Black Crown uses - the stats, the inventory, the containers for, well, containing that inventory, that just seem to fit in a story where you represent a character.

A much larger direct influence are tabletop RPGs. I used to wargame an awful lot, and just after leaving university started playing Dungeons and Dragons semi-regularly. I started to Dungeon-Master, and was utterly, utterly intensively fished by it. It is a wonderful experience, a very visceral one as a writer, and one that requires an awful lot of improvisation, invention and ingenuity. We have a wiki on my blog now that is running into the hundreds of pages. What I am doing now is just an extension of that, one which digs a little deeper.

Did I mention that I am lucky?

What advice would you give to other writers who might want to embark on similar work?
As I mentioned, the barrier to entry with IF has always been relatively low, but now programs like Storynexus make it even easier. All that you require is a logical brain.

I would also say that form is important. It is not a gimmick. This is a story which would be weaker if it were a novel, or a film. The medium we have chosen, and constructed, suits it. Do not use IF for the novelty factor, at least past the initial learning phase. Find ways to tell your story that bury the mechanics, rather than showcasing them; the story should work within the medium, not be shoehorned in because IF is popular. Novels and other traditional forms will always have immense value, and I plan to work in them in the future, but, right now, there are some stories that are too unwieldy to be confined there. This is one of them.

But writing games is pretty exciting, so I would do it if you can. It will only become more important as time goes on.

Where next for you as a writer?

Indeed. What a question. Well, I would like to carry on devoting most of my time to making bilge up, so who knows? Black Crown will probably sprawl into another medium, and we have talked about a print book to accompany the online experience. I once spoke to a publisher about making a limited run of one hundred identical suitcases, but that was probably just a luggage dream.

Under glass at the moment is a boardgame set during the Age of Discovery with a randomly generated board, a play about a remote control and a short story about a scientist cave woman. Whether anybody wants to pay for any of them is another matter.

More from Paul Samael's website - an interview with Philistine's Frank Burton (me).

I'd like to suggest this is the best interview I've ever done on the subject of Philistine Press. The right questions were asked, and the right answers were given. 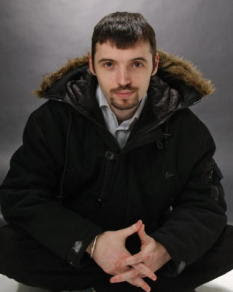 MANIFESTO: A PRESS RELEASE FROM PRKA by George Saunders

This piece from the September-October 2007 issue of The Barcelona Review is definitely worth looking at...