Come and check out our new blog at http://philistinepress.wordpress.com.
Posted by Philistine Press at 18:29 No comments:

Here's an extract from Péter Zilahy's The Last Window Giraffe.  A brilliant book, well worth tracking down and reading the whole thing. 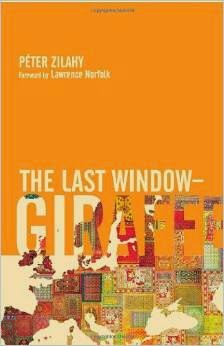 Posted by Philistine Press at 21:36 No comments: 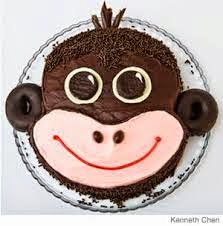 Take a look at this first rate online magazine - a great discovery:
http://www.rappahannockreview.com
Posted by Philistine Press at 19:57 No comments:

This Great-with-a-Capital-G dystopian satire was published in 1971 but could've been written last week. It's not what I was expecting from the author of Solaris - clearly Lem wasn't the kind of writer to knock out the same book twice. 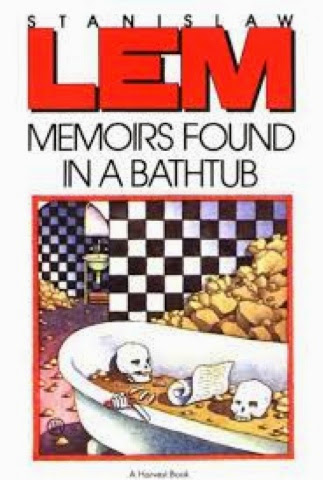 Posted by Philistine Press at 17:08 No comments:

Reading Emma Donoghue's Room is a genuinely unsettling and compelling experience. If you've never heard of it, I'd advise you not to find out anything about the book in advance - it will only put you off. Just read it. End of review.
Posted by Philistine Press at 08:53 No comments:

There's a devastating moment at the midway point of Jose Saramago's Blindness which would've served as the perfect ending to the novel - an unhappy ending for sure, but only to be expected in this type of fiction.
Up until the halfway point, Blindness is a haunting dystopian classic. The second half seems fairly pointless. It's grim for the sake of being grim, with an disappointing conclusion.
As in Cormac McCarthy's The Road, Saramago's characters are deliberately one-dimensional, which works incredibly well. The need for distinct characteristics (or even names) isn't the point.  It's a story about human beings attempting to survive in an oppressive environment.
I don't usually make a habit of offering writing tips to sadly-departed Nobel Prize winners, but if I was editing this book I'd have made it 50% shorter.
By the way, don't read this book if you're looking for an accurate and sensitive portrayal of blindness as a disability. To say the least, Saramago was pretty far off the mark.
Casting this shortcoming aside, the first half of this novel is well worth reading.
Posted by Philistine Press at 12:00 No comments:

Review - Choke by Chuck Palahniuk, read by the author

To sum up simply, Choke is a Chuck Palahniuk novel. If you like Chuck  Palahniuk, you'll love Choke. If you love Choke enough to digest it again, the audiobook version will definitely enhance your experience.
Unlike many authors, Palahniuk is the perfect performer of his own work. His delivery is suitably dark, capturing both the novel's seriousness and its blacker-than-black humour.
If you've never read any Palahniuk,  or seen the film version of Fight Club, I suggest you do both.
I'm yet to see the film version of Choke, but I'm hoping it will exceed my expectations as much as the audiobook did.
Palanik's reading of the novel is followed by an author's note revealing the shocking circumstances in which the novel was written (in the wake of the author's father's murder).
Posted by Philistine Press at 12:40 No comments:

Review - Kafka on the Shore by Haruki Murakami

Reading Murakami reminds me that there  is far too much logic in fiction. The vast majority of the world's fictional characters inhabit a world in which every action has a rational explanation. Even sci fi and fantasy novels come equipped with their own internal logic. In creating these fictional landscapes, authors are ignoring the fact that we live in an irrational and illogical world.

An old creative writer once told me: 'The world makes no sense, but in stories, everything needs to make a sense.' As inspirational as that particular teacher was, I disagree with him on that point.

Murakami is the master of illogical fiction. Kafka on the Shore is the perfect example of a world in which reality is open to interpretation, and in which unexplained phenomena dominate. It portrays a world in which we spend half of our lives - a dream state.
It's pretty much the closest you can get to a perfect novel.
Despite the reference in the title, Murukami is an altogether different writer to Kafka - and in my opinion he's of equal importance.

Currently listening to the audiobook version of Haruki Murakami's classic, Kafka on the Shore. Really tempted to press 'Shuffle'.
Come to think of it, what I ought to do is listen to a linear narrative on Shuffle and see if it still makes sense. War and Peace, maybe?
Posted by Philistine Press at 19:44 No comments:

If You Ever Need a Shoulder to Cry On, Don’t Use Mine or You’ll End Up in Hot Water by Stephen Moles 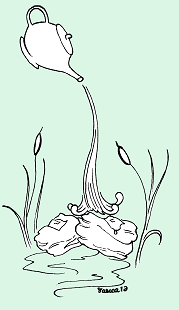 Stephen's novella Life.exe can be downloaded for free here.

Posted by Philistine Press at 15:35 No comments:

The Republic of Mania

Anyone who related to Philistine Press's 'Things That Don't Exist' should pay close attention to http://mannyneira.com/mania/ 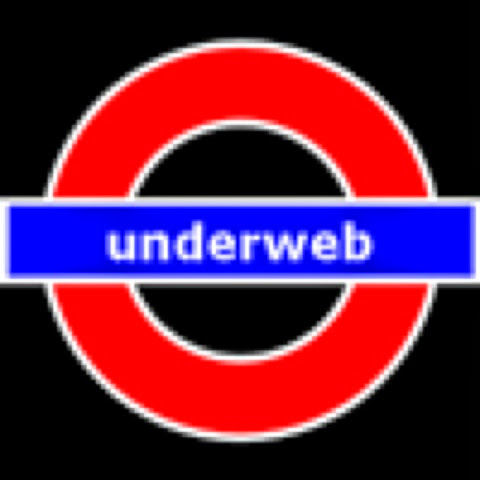 Posted by Philistine Press at 21:45 No comments:

In the words of Miga:

"El Gesto" (The Gesture) is a project, which is created as a visual arts reference in a research project. The aim of this research project is to interpret facial gestures. Creation and movement sequences of fixed images, linked to a three-dimensional animation are his offers. This is the main graphic resource of this work, together with the own esthetics, offered by gestural movement of human being.

Researchers show that 80 facial muscles are able to create more than 7000 facial expressions. Most of us can detect if somebody is happy, angry, amazed, frightened,... all these facial gestures create an esthetical range of movements that make us understand people’s mood and feelings.

This visual piece by Murfy is based on the theme music "Elles" released on [Miga26] No-More-Music Komite "Folk Hero".

Posted by Philistine Press at 20:55 No comments:

The Dream World of Dion McGregor

Many authors, myself included, attempt to create narratives that tap straight into an internal dream-state with minimal interference from the conscious mind.  No one could possibly do this better than Dion McGregor, recorded sleep-talking in an extraordinary lucid and eloquent manner.

The most amazing audio recording I've heard for a long, long time.

I've got a feeling I'm still going to be listening to this in years to come.

Posted by Philistine Press at 11:50 No comments: 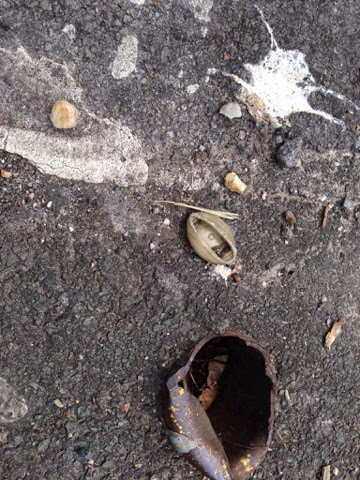 "A famous urban legend states that a penny dropped from the top of the Empire State Building will punch a hole in the sidewalk below. Given the height of the building and the hardness of the penny, that seems like a reasonable possibility. Whether it's true or not is a matter that can be determined scientifically..."

So begins the latest in a long line of answers from http://howeverythingworks.org.

Great website. Who needs a physics degree?
Posted by Philistine Press at 09:00 No comments: