An interview with the guy who usually does the interviews round here ... 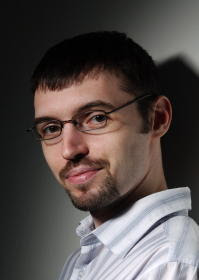 The Prodigals feels very different to your previous book, A History of Sarcasm. Did you deliberately set out to do something different?

The Prodigals isn’t a million miles away from the short stories in A History of Sarcasm, although it’s a lot darker and more political. The novel was originally supposed to be a themed collection of short stories, but it quickly turned into a novel as the characters developed. These characters were too interesting to write about in short stories. In answer to your question, I suppose I did set out to do something different. I definitely didn’t want to write A History of Sarcasm Part 2. I’ll never write a book like A History of Sarcasm again, and I don’t intend to rewrite The Prodigals either. I’m currently writing something completely different again.

What made you want to write about fundamentalist Christianity?

I’m an atheist myself, but I’ve always been interested in religion. A lot has been written about fundamentalism over the last ten years. I wanted to write about it in a different way, focussing on some of the people I’ve met who’ve converted to these extreme faiths. The job described in the opening chapter in The Prodigals was based on an old job of mine. Brian and Howard are based on people I met while I was working in that job. They’re fictional characters, but some of their experiences are based on real events. There’s a scene in chapter three where Brian and Howard have a massive argument about some obscure theological point which nearly comes to blows. It seems ridiculous, but that argument actually took place. 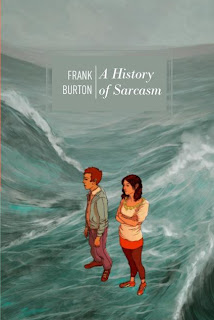 Music plays a significant role in the novel. Does music inspire you to write fiction?
I suspect music influences me on a subconscious level. I listen to music all the time, and I usually listen to music while I’m writing. I particularly like writing about the way music can influence people - like the way the Pixies song Monkey’s Gone to Heaven plays an important part in influencing the characters.


The novel reminds me a lot of Irvine Welsh. Is this a fair comparison?

I’m not going to pretend Irvine Welsh wasn’t an influence on The Prodigals. I read Trainspotting when I was seventeen and was blown away by it. When I started writing The Prodigals, I wanted to write about religion in the same way Irvine Welsh writes about drugs. The Prodigals also bears a structural similarity to Trainspotting in that it’s a series of stories rather than having a conventional plot. Ultimately I’d like to think I’m a very different writer, but no writer can fully escape from their influences, no matter now original they claim to be. 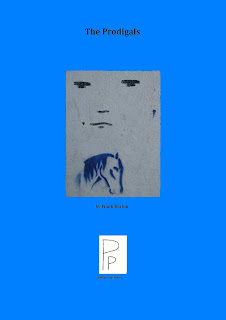 When you started Philistine Press, did you intend to use it as a means of publishing your own work?

I always had The Prodigals in the back of my mind as a potential Philistine release. It’s been sitting in a drawer for a couple of years and hasn’t been picked up by another publisher. I’m very pleased to be publishing it through Philistine Press because the internet gives me a much larger potential readership than a lot of small press print publishers would. Plus, because Philistine Press is my thing I have complete creative control over the work.

Frank Burton's novel, The Prodigals, can be downloaded for free or read in full online at http://www.prodigalsnovel.com/

The short story collection, A History of Sarcasm is available on Amazon, or you can buy it from Dog Horn Publishing.
Posted by FJ Riley at 09:42