Stephanie's novel, The Third Person, can be read online or downloaded for free here. 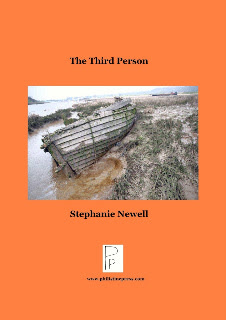 What kind of research did you do for the novel?

I wanted to give days and dates for each of Lizzie’s diary entries, but I didn’t want to specify the year in which the novel is set. I’d like readers to be free to imagine a period, rather than be told a particular year. Having said that, I did have a specific year in mind, so most of my research involved ensuring continuity and accuracy. For example, quite a few of the products and cultural references in the novel — from Superglue to Flashdance to the new pound coin — had to be double-checked, in case they appeared too early or too late for the year I had in mind. That’s why I had to cut out a reference to Hobnobs (and most definitely the milk chocolate version) because they arrived on the scene too late for the action in the novel. A packet of chocolate digestives took their place.

Another area of research was into bone processing, as a ‘bone factory’ features prominently in the novel. I found out all about the uses for bones in glue and fertilizer, etc., and also about how the industry deals with effluent and emissions. By the time I’d finished this research, I really could smell the fumes from a bone factory, and, to my nose anyway, the stench permeates the novel.

Perhaps the most detailed and most difficult area of research was into the interview techniques that would have been used back then by police and social workers when faced with child abuse allegations. This was before the ‘Children Act’ of 1989 when significant changes were made to procedures. In order to make the interview scene authentic — when Lizzie and her friend Katie Nelson are visited by a social worker and a policewoman — I contacted lawyers and social workers with long track-records, and asked them to help me reconstruct the interview scene. In the end, my cousin Anna Kerr, a social worker and novelist in her own right until her death in January 2011, sat down with me and provided the bare bones of the scene, for me to embellish. It took a lot of work, but now it’s my favourite scene in the novel.

Finally, in the process of writing this book, I became fascinated by the difference between secrecy and lying. While this fascination was developing, I went to a talk by Carol Smart, who has published a lot of work on the topic of family secrets. Reading her work really helped me to introduce and develop this theme. It’s not meant to be explicit or drummed home, just quietly sitting in the background of the book.


How does the first draft differ to the final book?

This novel went through so many drafts — at least ten — that I can’t properly remember a ‘first’ draft. The manuscript went through numerous changes. But two ideas I refused to budge from were, first, the need for the story to be narrated in fragments, not in smooth, continuous prose, and second, that it should be narrated in the present tense. At the start, I didn’t have any dates in mind, just jigsaw pieces and the immediacy of Lizzie’s voice. I wanted the motif of fracturing and breaking-apart to be part of the structure of the novel as well as a key theme. Numerous readers of drafts along the way found this to be really confusing, though, so I finally made the decision to clearly mark the text as a set of diary entries. But without giving the ending away, the final page of the novel problematizes this notion that the whole text is diary entries ‘as they happen’.


Who are your biggest influences?

I set out to write what might be called ‘Lolita’s story’, re-imagining Vladimir Nabokov’s Lolita from the point of view of the adolescent girl rather than the older man. My writing was also inspired by Esther Freud’s two novels, Hideous Kinky (1992) and The Wild (2000), both of which explore sibling relationships and childhood rivalries with particular attention to the child’s-eye view of the world. Mark Haddon’s The Curious Incident of the Dog in the Night-Time (2003) also provided a lot of inspiration because, as with The Third Person, his novel is narrated entirely from the perspective of a teenager. In Haddon’s case, the narrator is a fifteen-year-old boy with Asperger’s syndrome who struggles to understand and interpret other people’s responses.

In these books I looked for ways to resolve one of the key limitations you find in stories that are confined to young first-person narrators: while child or adolescent narrators often have the capacity for empathy, novels dominated by their voices often lack the space for alternative and mature perspectives, or for voices that have the ability to convey complex emotional expressions and interpretations. This is especially the case when a story is narrated in the present tense. Haddon makes a virtue of this simplicity of voice in The Curious Incident of the Dog in the Night-Time by creating an Asperger’s syndrome protagonist who is incapable of viewing the world through others’ eyes. The difficulties and failures of the boy’s connection with others is one of the story’s central concerns. I have tried to follow his example in The Third Person.


Does your research into African literature influence your creative writing?

Not in an obvious way, although my academic research often focuses on issues of visibility, gender and power, so that might have influenced the underlying themes in my novel. But generally when I’m writing fiction, I send my academic self away for as long as it takes to produce a piece of creative writing. I even get uncomfortable reading works of fiction that seem to be too scholarly or analytical. I struggled with Haruki Murakami’s Kafka on the Shore for that reason: even though I loved the characters, the wise cats, and all the magical, overlapping spaces in the novel, I fidgeted throughout the long ‘intellectual’ sections. Maybe I need to relax and let my academic side back into my writing. I even skipped all the sections about tractors in Marina Lewycka’s A Short History of Tractors in Ukrainian because these parts reminded me of academic books!


Would you describe The Third Person as "controversial"?

This depends on how you see fiction. I think I would describe The Third Person as unsettling rather than controversial. To me, ‘controversial’ means that you deliberately stir up debate about an issue, or you take a strongly provocative side in a debate. The Third Person doesn’t engage in controversy in these obvious ways because there is no ‘side’ to take in a discussion about child abuse: of course child abuse is morally wrong.

Having said that, perhaps there is a controversial aspect to The Third Person in that it doesn’t simply condemn the abuser. The novel contains an intensely damaged and destructive love triangle, and it unsettles the typical media construction of abusers as ‘evil’ by trying to offer an understanding of the complex relationships involved, especially how an abuser both manipulates and charms the victim.


How significant is the setting of the novel in terms of place and time?

The time is not particularly important, but the place is vital. I wanted to create a slightly gothic location, with a creek separating the bone factory from the village, and the sound of boat rigging rattling in the night. I needed a setting that would carry the wildness of the salt marshes and birds into the world of the narrator, Lizzie, as she stalks and preys on her younger sister.


How do you feel about online publishing?

I’m really excited about the new kinds of audience and text that are produced by online publishing. The accessibility and cheapness of e-books opens up a lot of possibilities for readers to download large quantities of material, to read freely and widely, to expand their literary horizons. 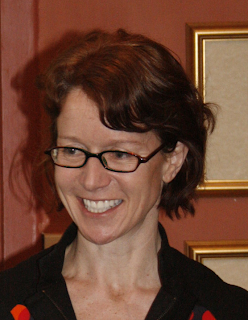 Posted by Philistine Press at 09:00